← Attention all Writers: Please Save the Puppies

Pennies from Heaven and Messages from my Sister →

Life Lessons from Breaking Bad: Learning to Dance with Your Shadow 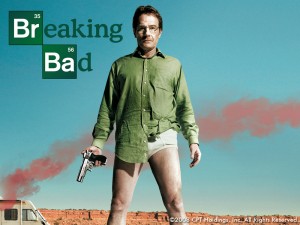 As usual, I’m a day late and a dollar short when it comes to watching the best shows on television (I mean, just last year I watched my first full episode of Big Bang Theory). Then again, one could say that I am simply letting the rest of society deem what’s good, decide if a show is worth my while, before I make the investment of time.

Most recently, I had the chance to watch the entire Breaking Bad series (starring Bryan Cranston as Walter While and Aaron Paul as Jesse Pinkman). I normally stay away from violent shows, but since I had three weeks off work and nothing to do with my time (except recover from surgery), and I’d already watched the first three seasons of Downton Abbey, I decided to give it a try.

Can I just say that this show is brilliantly written (created and produced by Vince Gilligan) and superbly acted? And really, once you get past the first episode the violence isn’t that bad. Okay, it is, but it’s just so well acted that I really didn’t mind it. In fact, as the show unfolded, I was able to find some parallels between the show and real life.

Below are a few of the life lessons I gleaned from the show. In case you haven’t watched it yet, I’ve labeled the (Spoiler) alerts.

We All Have a Dark Side

I call it our shadow selves. That part of us that thinks dark thoughts and houses our fears, anger and other negative emotions. It feels the hurt inflicted on us by life, and fantasizes about doing things that we would never in our right minds consider doing.

For most of us, the dark side is a safe place to work out our anger and pain, so we can return to the light. But for some, the dark side beckons and provides too great a temptation.

(Spoiler) In the first episode of Breaking Bad, Walter White—a mild-mannered high school Chemistry teacher—learns he has lung cancer and is told he only has about six months to live. Working two dead-end jobs (he moonlights as a cashier at a car wash) and realizing that he has nothing to leave behind for his family, Walt becomes increasingly dissatisfied with his life.

After going on a ride-along with his DEA Agent brother-in-law, Walt learns how profitable the meth business is, and crosses over to the dark side by partnering up with Jesse Pinkman, a former student and the meth cook that escaped the bust by climbing out the bedroom window.

You Never Know What Road Life Will Take You Down
When we’re young, we set a vision of what our lives will look like when we’re 25, then 30, and so on. And then, life happens. We’re faced with many forks in the road to our futures, and are required to make decisions that will alter our set course.

I have yet to meet one person whose life turned out the way they planned. I’m no exception. Having grown up in a big family, I never imagined my life without children of my own. I also never imagined that I would graduate from college with honors (or graduate, period), run a marathon and finish an Ironman Triathlon. I never imagined I’d marry a career military man or become a writer. Yet, such is my life. And I couldn’t imagine it any differently. Or any better.

(Spoiler) Walter White’s life took a few more turns than mine. Once a promising chemist who greatly contributed to the breakthrough of a multi-billion dollar company, Walt left the company, selling his financial interest for $5,000 to make the down payment on his first home.

I’m sure Walt never envisioned himself a meth cook or a murderer, yet by the end of the first episode, he had become both.

There is an Inner BadAss Inside Each of Us
My inner badass was born in middle school. Tired of being picked on by my older sisters, as well as the mean girls at school, I began fighting with anyone who ticked me off. I once even punched my best friend in the stomach.

I’ve since put away the boxing gloves and fight only with words, and only for my principles, but my inner badass remains, ready to fight for a worthy cause.

(Spoiler) When Walt first began cooking meth, he told himself it was temporary. That he would stop when he had earned enough to put his two children through college and pay off the mortgage. He was still the mild-mannered high school teacher at heart. But when the distributor that Jesse was selling to (Tuco) beat him and refused to pay in advance, Walt takes on a new persona: Heisenberg, and takes matters into his own hand.

We’re All Capable of Doing Terrible Things
Sometimes they happen by accident. Sometimes we do them out of anger or rage. And sometimes we’re faced with an impossible situation where we have no choice but to act. To kill or be killed. To harm someone in order to protect someone we love.

(Spoiler) Walt first dons the Heisenberg persona in order to convince Tuco to distribute their product. But as the seasons wear on, Walt becomes Heisenberg. Where in episode 1 Walt feels terrible about having to murder a man (it was kill or be killed), he eventually becomes a complete badass and doesn’t think twice about killing people. He even lets Jesse’s girlfriend choke to death because she has threatened to expose him. 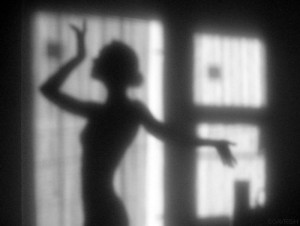 What about you? Have you learned to dance with your shadow self?

2 comments on… “Life Lessons from Breaking Bad: Learning to Dance with Your Shadow”

← Attention all Writers: Please Save the Puppies

Pennies from Heaven and Messages from my Sister →