Corn Dogs for Everyone! → 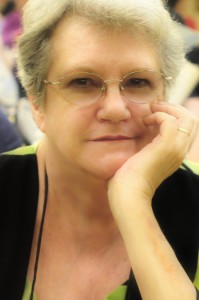 Dee Brice believes she was born with a pen in one hand and a writing pad in the other. Determined not to work in an office, this wannabe actress never learned to type well. She still composes with pen and pad (can you believe it?), then transcribes her manuscripts onto her computer.

Dee lives in Northern California with her inspiration, best friend, and husband. She loves to read, and of course, write. Passion’s Four Towers, Dee’s first published novel, was nominated for a Psyche Award in 2008. His Virtual Assassin finaled in Passionate Ink’s 2008 Passionate Plume contest.

Dee is here today to talk about how she fell in love with writing Erotica. Okay, Dee, take it away, but don’t make me have pull out my redactor! *grins*

How Each Book Came About

In 2005, while attending a presentation about Ellora’s Cave Publishing, I won an EC Cavemen anthology. I don’t usually read anthologies—the stories are too short—but this was the book I selected. (Mainly due to a writer I knew telling me she had a story in this particular book. And so did a speaker I’d enjoyed listening to earlier in the day.) I thoroughly enjoyed every story in the anthology and thought Gee, I wonder if I can write something that sexy and fun!

I can’t recall exactly where the idea came from but I started writing like crazy. I wrote scenes willy-nilly then put them together. In January 2006—despite mistrusting the whole idea of “mailing” via the internet—I sent my partial manuscript off into cyberspace.

And received an acknowledgement that my baby actually reached its destination. Whew! Was that a relief! In March 2006 someone very nice informed me my manuscript had been placed in queue for an acquiring editor. Then I was asked to submit the full manuscript. Which is when the real test of patience began.

Around the middle of October 2006 I received a gentle rejection—my sex scenes were too “off-stage” but if I cared to “open the bedroom door” I was welcome to resubmit. I did.

On November 1, 2006 my editor offered me a contract. WHEEEEE!

This book was so much fun to write, I had to keep going.

Kerrie’s Quest for Passion
I admit it. When I wrote Passion’s Four Towers I set myself up to write a sequel. But I couldn’t coax Gerard and Edgar to come out and play. Their encounters with Yvonne apparently wore them out.

Kerrie, dead at the time I wrote about her daughters, was more than willing to let me tell her story. In fact, she shrieked like a banshee, wailed like Marley’s ghost complete with rattling chains. In short she acted like the bitch her daughters thought she was.

Being a pantser—someone who doesn’t plot beyond a very basic story idea—I had so much fun learning about what drove this woman to marry three times and have children with each of her husbands. Having written Passion’s Four Towers, I knew the names of Kerrie’s husbands and that led to how I organized Kerrie’s book—one for each husband with entr’acts that were solely about this remarkable woman.

Remarkable? After I’d written her as a sex-starved woman who might have murdered her husbands once they’d provided an heir? Well, yes. Because, in Kerrie’s world protecting her children and Marchonland meant everything. And she learned a valuable lesson. In the end, love is all that matters.

Passion’s Twins
When I wrote Passion’s Four Towers and Kerrie’s Quest for Passion I had no particular medieval timeframe in mind. What I wanted to create was an imaginary country ruled by strong, lusty women. In editing this third book, my editor—bless her insistent-on-historical-accuracy heart!—pointed out language inappropriate for the time period. That sent me to the Oxford English Dictionary and to the Internet to find out what was happening in the medieval world surrounding my fictitious Marchonland.

Lots! The Hundred Years War. The War of the Roses. And—oh joy!—the introduction of the printing press in 1476 to England by William Caxton. Although books are noticeably missing from Passion’s Twins, I felt I owed a debt of gratitude to Mr. Caxton and set this book in the 1480s.

For readers interested in etymology, I apologize for using historically incorrect terms for my heroes’ private parts. Somehow I couldn’t bring myself to write verge and pillicock for Gerard’s and Edgar’s…appendages.

My editor also suggested I expand the role of Kerrie, queen of Marchonland—deceased before I wrote Passion’s Four Towers—in Passion’s Twins. What fun to include a touch of fantasy from this meddlesome yet loving spirit! 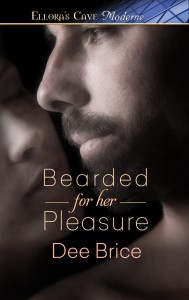 Problem two: He’s under investigation for professional negligence. And Joce’s been hired to prove him guilty.

Stupendous sex? Or her professional reputation? A calculated risk could help Joce keep both—or lose everything.

Dee will be giving away a copy of her book Temptress of Time (e-book or print) or Bearded for His Pleasure (but you’ll have to wait for it to be released in mid-September). Must be 18 to qualify. All you have to do is leave a comment below to be eligible.

In addition, for every comment you leave in the next two weeks, you’ll be entered to win a copy of my upcoming release, THE MANY LIVES OF JUNE CRANDALL. To increase your chance of winning, please subscribe to receive email notification of future posts (by entering your email address in the box above and to your right) and you’ll be entered into the drawing one additional time.

Corn Dogs for Everyone! →