The Evolution of Change 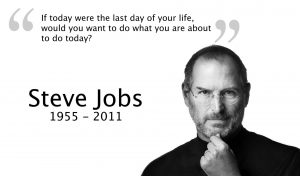 I recently listened to an interview with Hay House author John Parkin, the subject of which was called How to Say Fuck It and Do What You Love. I know, I thought it was an awesome title, too.

In the interview, John talked about his grandparents in England who worked in a Downton Abbey like place. A manor house. His grandfather was the head gardener and his grandmother was the Mrs. Patmore of the kitchen (head cook for the two of you out there who did not watch Downton Abbey).

When John’s father was 16 or 17, he was told, “you can work for the gas company, be a teacher and teach children about helping verbs, or as an accountant.” He chose accounting.

This got me to thinking. About how we have evolved as a people. And how our views about what we can (and should!) expect from life have changed (for the better). 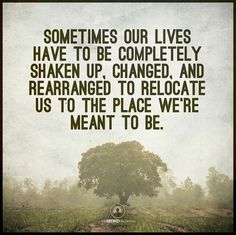 In my father’s (and John’s) generation (also known as the Greatest Generation), a job was for life. And, due to the saturation of the job market when our father’s returned from the war, any old job generally sufficed. Employees (predominantly men) worked hard, collected their pay checks and plodded on with their lives. Loyalty to the company was rewarded with a gold watch and a pension upon retirement. And women took care of the children.

Same is true for most Baby Boomers, but things began to change for late Boomers (like myself) and Gen X-ers. We had (at least some) say about our futures. We chose careers not jobs. Gone was the idea of company loyalty. Now, we hop from one job to another in order to move up the corporate (and financial) ladder. We have 401k plans, but no formal pension plan. And, generally, no gold watch is proffered upon retirement.

Our children are raised by both (or maybe, with the increase in divorce rate and rise of the step-family, I should say all) parents, and most families are dual-income households. We are wealthier, to be sure, but our hopes and dreams (and funds) are now spent on our children. To give them a better life (more on this later) than we had growing up. Not to mention the stuff we never had growing up.

As a result, our children have opportunities that no generation has ever had before. 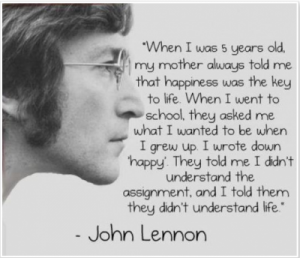 So let’s talk about this better life I mentioned above.

About a decade ago (maybe longer) I read an article called The Wussification of America. In the article, the author talked about how, at birth, we basically wrap our kids up in bubble wrap and send them into a world where they will never have to feel discomfort or disappointment. It said a lot more than that, but the bottom line was this: we have created a generation of children who are ill prepared for the real world.

At the time, I tended to agree with what the author was saying. I read the memo from my step-daughter’s school telling us that students could no longer distribute birthday party invitations at school because it might hurt someone’s feelings. I watched her receive a trophy for being on a soccer team that finished in, well, something other than first place.

But now, as she prepares to graduate from high school, I have a different perspective. 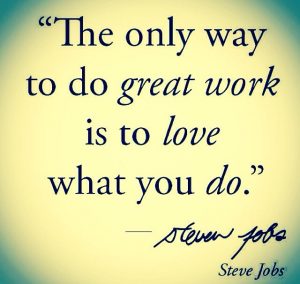 From a young age, Millennial kids (some call it The Entitlement Generation) have been told that they can be or do anything they want. And as my daughter contemplates her college career, this message has been reinforced.

Though her heart lies in the field of Interior Design, we have no expectation that she will actually graduate with a degree in this field. We have encouraged her to try different things on, see what fits. Find what she loves to do—what she can picture herself doing (and loving) for the rest of her life—and then find a way to make a living at it.

Many people believe that the world has gone to hell in a hand basket. Crime is at an all-time high (especially in my former home town of Chicago), terrorism is rampant, bioterrorism is an ever-present threat. Global warming has become a reality, homelessness and obesity have become epidemics, and depression and anxiety are the new normal.

But there is hope.

Imagine what the world will look like when our young people—kids who have been encouraged to find and follow their bliss, told that they can be or do anything they want—are running this country? Yeah, maybe they do have a warped sense of entitlement, but who are we to tell them that they shouldn’t reach for the stars?

Girls (maybe guys, too) will wear yoga pants and sweatshirts to work with their Uggs or Birkenstocks (depending on the season). Their hair will be piled on top of their heads in a messy bun, and no makeup will adorn their faces. Work places will have juice bars, coffee bars, a yoga studio and a masseuse. Employees will, of course, bring their dogs to work and that’s only IF they decide to actually go to the office because telecommuting will be as commonplace as, well, Starbucks.

In short, they will be happy.

We only get one shot at (this) life. We should all learn to say Fuck It and do what we love! But be sure to have an exit plan in place before you leap. 🙂

What about you? If you had it to do all over again, what career would you choose?

all photos via Google Images