← Life Lessons from a Golf Caddy

I Take You to be My Wawfully Wedded Wife →

Genie in a Bottle: My Three Wishes

Yesterday I was watching a demo of the reporting module for a new system we are considering at work. The presenter explained that you first have to select the “Genie” from a drop-down list, and after that he lost me.

I asked what a Genie is and he mentioned something about a magic bottle, and at that point my mind began to wander. I started thinking about a television show that ran from 1965 to 1970 called I Dream of Jeannie, in which a two thousand year old genie who lives in a bottle falls in love with her master, Major Tony Nelson. 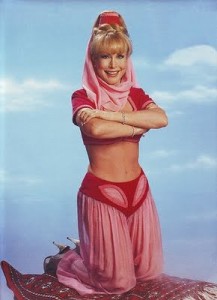 Every time her master said, “I wish . . . ” Jeannine would cross her arms and blink, and say, “Your wish is my command.” Needless to say, Tony’s ”wishes” were usually made in the heat of the moment and resulted in some really awkward situations.

Later, as I lay soaking in my Jacuzzi bathtub, one of the jets (which were not turned on) began to make an annoying gurgling sound. I then said, “I wish that damned noise would stop.” Suddenly it did, and I laughed. I thought, if I had been granted three wishes today, I would have $20 million dollars and a quiet bathtub. And I wondered what my third wish would be.

This got me thinking about what I would wish for if I were really granted three wishes. I must admit that the list somewhat surprised me. And then I remembered how, when asked every year what she wanted for her birthday and Christmas, my mother would always say, “Nothing, darling. I have everything I need.” When I was young, I couldn’t imagine there would be a time in my life when I would be satisfied with no gifts on my birthday or for Christmas. But then, time does change us.

And so, here’s what I came up with:

Wish Number One:
My first thought was that I’d wish for world peace. But then I thought this was too global a wish and would probably not cover all the necessary bases. It needed to be more specific. So I decided that my first wish would be an end to violence of all kinds.

And then I thought about wishing for an end to fear. And again, part of our growth as humans is to learn to overcome our fears. Or, to feel them, but not allow them to stop us from moving forward. An end to fear was too general.

And so my second wish would be to eliminate the fear of death. Even in the face of a life-threatening diagnosis, how much worse is our suffering because we fear it will kill us? If we are not afraid to die, how much better would we truly live?

Wish Number Three:
With one wish left to go, I wondered if it would be alright to wish for something for myself. And as I watched the first episode of Survivor: Cagayan, where one member had to decide between receiving a clue to the hidden immunity idol or an extra bag of rice for the team, I wondered if I would choose myself or my team.

And then I considered my first two wishes and I realized that, anything that affects the masses also affects me. And I knew, my last wish would not be for $20 million dollars (or a quiet bathtub).

Yes, I would love to have enough money to retire from my day job to travel, write, and stare out at the ocean from the deck of my Malibu home. The one I would buy if I had $20 million dollars. But the truth is, I have enough in life. Of everything. I have my health, I have a wonderful family and a beautiful home. And I have enough money to do and have most of the things I want.

And so, my final wish would be for an end to poverty. Because then, everyone in the world would have a roof over their heads and enough food to eat. If I got a fourth wish, maybe then it would be for $20 million dollars.

With an end to violence, fear of dying and poverty, it makes me wonder what the media would have to talk about. Oh wait, there would still be the Kardashians. 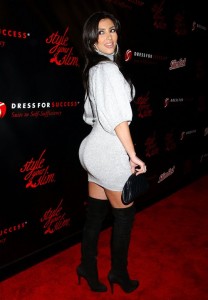 What about you? What would you wish for you if could have anything you desire?

7 comments on… “Genie in a Bottle: My Three Wishes”

← Life Lessons from a Golf Caddy

I Take You to be My Wawfully Wedded Wife →