The Bitch Movement, Join it Today! →

Life Lessons from a Princess

There are those who say fate is something beyond our command; that destiny is not our own. But I know better. Our fate lives within us. You only have to be brave enough to see it.
princess merida (Brave)

As usual, I am a day late and a dollar short. At least when it comes to watching movies. Last weekend I finally watched the movie Brave. And may I just say bravo! to Disney for finally giving the world a princess worthy of adoration?

The film tells the story of a princess named Merida who defies an age-old custom, causing chaos in the kingdom by refusing to be betrothed. After consulting a witch for help, Merida accidentally transforms her mother into a bear and is forced to undo the spell herself before it is too late.

Last week, in my post The Practice Marriage, I discussed a phenomenon called The Princess Fantasy, in which little girls grow up believing that love is a (thornless) bed of roses, and marriage will make us happy (once we find our Prince Charming). While my opinion has not changed on the subject, I do believe that if the movies screens were filled with more princesses like Merida, our daughters might grow up with a fighting chance at a happily-ever-after. They might actually grow up knowing that their destiny is their own, that they can be whatever they choose to be, and that marriage is optional (at least in this country).

Here are the three takeaways I got from the movie:

When I graduated from high school, I had no clue as to what I wanted to do with the rest of my life. I only knew that college was not for me. Until the day, five years later, that I decided to become a CPA. Ignoring the fact that I had failed my first accounting class (seriously), I applied to Loyola University of Chicago, studied hard and graduated with honors. Since then, I have worked every single day of my life.

This is your life. Your destiny. Be brave enough to see it. 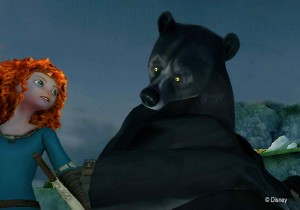 Two: You Can’t Change Others
Merida put a spell on her mother to change her mind about making her marry against her wishes. Unfortunately the spell turned her mother into a bear. However, in the end, her mother acquiesced and sent the would-be suitors away.

Many years ago I decided that I no longer wanted to be a CPA. I quit my job and decided to pursue nursing. My father, whose approval I’d always sought, was extremely unhappy with my decision. Nursing is a noble profession—my sister Pamela is a nurse—but my father didn’t want me to be like my sister. He wanted me to be like him. His son, Suzanne, he used to say (this moniker started when I was young and I cut off my long locks and wore a baseball cap all the time).

The moral of the story is this. The people who love us want the best for us, and often they feel they know what will make us happy. We all want to be loved and accepted by those we love, but at the end of the day, you are the one who has to live your life. If you do what makes you happy, the people who truly love us will come around. And we won’t have to turn them into bears.

Three: If You Dare to Call Yourself a Princess, Know the Rules! 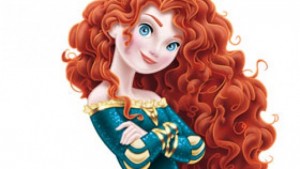 Little girls want to be princesses; teenaged girls want to call themselves princesses. To the latter group, being a princess is all about the attitude. The Princess Attitude.

The Princess Attitude exempts the princess from responsibility because a real princess has servants to do the more mundane tasks in life like washing dishes, walking the dog and cleaning their room.

A Princess Attitude exempts the princess from following the golden rule—treat others as you would like to be treated—because a real princess could have anyone who dares to disagree with her beheaded or banished to the dungeon for life.

A Princess Attitude entitles the princess to a lifetime of riches for which the princess has to lift not one finger.

But, as the Queen in Brave points out, being a real princess is not as simple as it seems. Here are the Princess Rules:

A Princess:
1. Must be knowledgeable about her kingdom. The modern-day version of this might be, be knowledgeable about world events.
2. Does not doodle
3. Does not chortle
4. Rises early
5. Is compassionate
6. Is patient
7. Is cautious
8. Is clean
9. Does not place her weapons on the table (a princess should not even have weapons)
10. And above all, a Princess strives for perfection

And so, girls, if you dare to call yourself a Princess, be sure to know the rules! You might just change your mind.

What about you? Have you seen the movie? What advice would you give to someone just graduating from high school? Do you think we have a princess epidemic in the world today?

The Bitch Movement, Join it Today! →