← Life Lessons from a Princess

Badass Butterflies and The Joy of Skating →

The Bitch Movement, Join it Today! 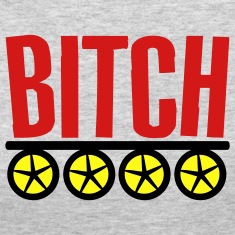 Last Sunday, in preparation for the rollerblade marathon I committed to do with my sister Pamela next month, I went for a twenty mile skate. And I noticed an interesting phenomenon. Oh, I’d noticed it before, but this time, in an effort to ignore my deep suffering (did I mention it was a very hilly course on a windy day), I really noticed it.

I skate on the American River Bike Trail in Sacramento, which is an off-road trail for bicyclists, runners and yes, roller-skaters. Before recently, I’d only ever biked, run and walked the trail. What I’ve noticed since I began skating on the trail is that, without failure, when men on bicycles pass me, they give me a wide birth. And most say something pleasant to me like, “way to make it up that hill,” or, “nice job.” Some have even commented on my assets.

Women on the other hand, without failure, ride as close to me as they can while passing. A total bitch move. One woman this past weekend even came to a screeching stop beside me and said, “Oh God, I didn’t even see you. I almost hit you.” Seriously? So she didn’t see the electric purple shorts with the fluorescent green stripe and the arms and legs flailing out behind me? Total bitch move.

This got me wondering. Before I became a skater, when I rode my bike past someone on rollerblades, did I pull a bitch move and nearly sideswipe every skater I came across? The answer? Probably. Because, until I started training for this inline marathon, I thought skating was easy. Something people (mostly chicks) did because they were afraid of real exercise. A TOTAL bitch thought!

This got me thinking. We all know that female dogs are bitches. Even my precious little Annabelle Hope is a bitch.

And not just because she’s a female dog. Annabelle will wait until her brother is done eating before she starts eating her own food just to torture the already anxiety-ridden boy. A total bitch move. And when Max steps inside the perimeter of her personal  space, she growls ferociously and lunges at him. Another bitch move.

And I don’t even think I need to tell you about my two female cats. They are total bitches.

And then I realized that being a bitch is not species-related. Being a bitch is an attitude. Like the one I get when I pay nearly $5 for a Latte at Starbucks and it doesn’t even taste good (my husband can vouch for this).  Or when I’m tired or hungry and you want me to do something (anything) that I don’t want to do. 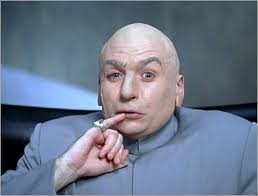 I can be a bitch.

And I am hereby and forever owning my inner-bitch. In fact, I’ve decided to start a movement.

It’ll be an exclusive club, not everyone can join because, well, not everyone is a bitch. My mother would never have been allowed in because she simply didn’t have a mean bone in her body. My sister Pamela might not even be granted membership. Here are the rules of membership: 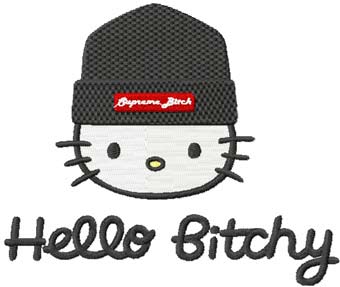 You too can be a card-carrying member of the Bitch Movement. Membership cost is $10. Here is what you get:

To enroll one of your pets, please include a photo of the animal engaged in a bitch move.

Membership not limited to females only. What about you? What was your last bitch move?

11 comments on… “The Bitch Movement, Join it Today!”

← Life Lessons from a Princess

Badass Butterflies and The Joy of Skating →