← Corn Dogs for Everyone!

Letters, a History Lesson and a New Book →

Life on the Other Side

Today I am thrilled to host USA Today and New York Times best-selling author, Lynn Cahoon. Lynn is an Idaho native. If you’d visit the town where she grew up, you’d understand why her mysteries and romance novels focus around the depth and experience of small town life. Currently, she’s living in a small historic town on the banks of the Mississippi river where her imagination tends to wander. 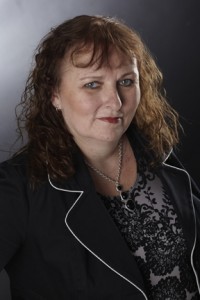 Lynn lives with her husband and four fur babies. Lynn’s the author of The Tourist Trap Mysteries – GUIDEBOOK TO MURDER (April 2014); MISSION TO MURDER (July 2014) and IF THE SHOE KILLS (November 2014). She also has a bull rider series – THE BULL RIDER’S BROTHER; THE BULL RIDER’S MANAGER; and THE BULL RIDER’S KEEPER. Looking for something on the paranormal side? Check out The Council series – A MEMBER OF THE COUNCIL and RETURN OF THE FAE.

Lynn is also my Pink sister. Today she’s here to talk a little about her breast cancer journey and how it led her to a career she never could’ve imagined.

She has generously offered to gift a copy of GUIDEBOOK TO MURDER to one lucky person. All you have to do to be eligible is to leave a comment below. Lynn will be here all day to answer questions and respond to comments.

Take it away, Lynn…

When Suzanne called out for guest posts for her blog, I jumped. I’d be glad to help, I wrote in my response.

Then I read her blog.  My motto, jump first, figure it out later.

Sensitive, emotional, insightful- Suzanne’s posts are amazing. My insides turned to jelly. Could I write something at that level? And, besides, now I was worried about poor Jack, the stolen Maltese and his current whereabouts. I own two beefy Pomeranians who I’d be lost without.

So let me start about why I answered Suzanne’s call so quickly.

I’m a breast cancer survivor. 2007 was the year of cancer for me. I went through surgery, chemo, and radiation therapy. On October 3rd, four days before my birthday I was done.

But I wasn’t done being scared. At every doctor appointment, I waited for the words to return.

Seven years later, I still carry a flicker of concern. It’s deeper than it was, but the fear didn’t totally go away. I didn’t even cut my hair when it started growing back, worried the action would be temping the fates.

I did change my life. I became serious about my writing. The C word gives you focus.  It taught me that putting off what I want until someday is a recipe for a failed life. I had been too busy living everyone else’s lives that I forgot to live my own.

So I wrote an essay, then two.  I submitted them and sold within a few months. I thought this writing gig was easy. I didn’t sell another piece for three years.

My husband told our neighbors that he thought I was crazy taking on writing. Maybe a side effect from the chemo. At least he kept his opinion to himself, until I proved him wrong.

I kept writing. And kept reading. And kept submitting. In 2012, my first book was published on June 4th, and I became an author. I kept writing. The only person who can make you fail in this profession is you. I work a full time job, have a husband who likes to camp and ride four-wheels, and I (try to) exercise regularly. I’d say daily, but I don’t want to lie, not on my first time visiting Suzanne’s blog.

Persistence, determination, and doing the work.

And not letting the fear overwhelm you. No matter what.

That’s my new motto. Besides, jump in first and figure it out later.

Or to quote Tim Allen, “Never give up. Never surrender.”

What about you? Have you had an event in your life that has altered your path in a positive way?

More information on Lynn’s books can be found at www.lynncahoon.wordpress.com 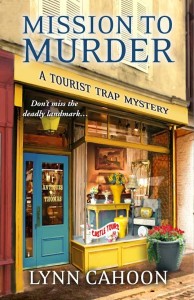 In the California coastal town of South Cove, history is one of its many tourist attractions—until it becomes deadly…

Jill Gardner, proprietor of Coffee, Books, and More, has discovered that the old stone wall on her property might be a centuries-old mission worthy of being declared a landmark. Craig Morgan, the obnoxious owner of South Cove’s most popular tourist spot, The Castle, makes it his business to contest her claim. When Morgan is found murdered at The Castle shortly after a heated argument with Jill, even her detective boyfriend has to ask her for an alibi. Jill decides she must find the real murderer to clear her name. But when the killer comes for her, she’ll need to jump from historic preservation to self-preservation …

In addition to Lynn’s generous offer of a free copy of GUIDEBOOK TO MURDER, I will sweeten the kitty. For every comment you leave in the next two weeks, you’ll be entered to win a copy of my upcoming release, THE MANY LIVES OF JUNE CRANDALL. To increase your chance of winning, please subscribe to receive email notification of future posts (by entering your email address in the box above and to your right) and you’ll be entered into the drawing one additional time.

6 comments on… “Life on the Other Side”

← Corn Dogs for Everyone!

Letters, a History Lesson and a New Book →