Be the Hero in Your Own Journey 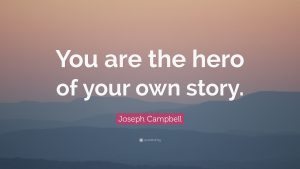 I had a dream recently that I was back in college. Only it wasn’t the college I went to and I was, well, someone I didn’t recognize. You know how dreams are.

In the dream I was unhappy, insecure. I was overweight and was not very pretty. I became friends with my roommate, which made me very happy. She introduced me to a guy (a man, really…he was 42) and we started dating. We double dated a lot with my roommate, and one weekend the four of us went out of town together.

I remember sitting in the car while the three of them went into a store. It was raining hard. The guy I was dating came out to the car and I noticed that he seemed upset. When I asked him what was wrong, he said there was something he wanted to buy but didn’t have enough money.

I reached into my wallet and gave him everything I had. I think it was about $40. He went back into the store and several minutes later he, my roommate and her boyfriend came out of the store, hopped into a taxi and drove off, leaving me by myself. They did not return.

I woke up. But that’s not where the story ended.

I remember consciously thinking uh-uh. No way. That’s not how her (my?) story ends. I am going to go back to sleep and give her (me) a happy ending. And so I did.

In the dream that followed I was pissed. Royally pissed. At the guy, my roommate. Life. But mostly, myself. I used my rage as fuel to change my life. I wrote a book, which became a best seller. And I was elected class valedictorian for my graduating class.

As I gave my commencement speech, which was about overcoming obstacles and becoming the people we were meant to be, I remember looking out at the audience and seeing not only my roommate, but the guy who left me in the rain.

I was proud of who I’d become. And grateful for the challenges I’d had to overcome to get to where I was.

And then I woke up. For real this time. And I knew. This was not a dream. This was my story.

I had become the hero in my own journey. In the dream, yes. But also in real life.

My husband once told me that I am the most introspective person he’s ever known. It was the best compliment he could’ve given me (though I’m not certain he meant it as one!). It’s true. I am. I’ve spent my entire adult life working on becoming a better person. Becoming whole. Becoming who I was meant to be.

The only problem was, I had no idea who that person was. And so it took me a while to get there (here).

I had to overcome a lonely childhood, which is strange when you think that I grew up with seven sisters, but it was. I had low self-esteem, gained and lost the same twenty pounds more times than I can count, and had one failed relationship after another (until my mother worked her magic from heaven and sent me my wonderful husband of fifteen years). I went to college and became a CPA (don’t be jealous!), but still never felt smart enough.

I just didn’t know how to get there.

And so I began to read. I read The Road Less Traveled by M. Scott Peck. I read Thomas Moore, Joseph Campbell, Marianne Williamson, Deepak Chopra, Ram Dass, Jon Kabat-Zin, Andrew Weil. And later, Eckhart Tolle, Wayne Dyer, Brian Weiss, Elizabeth Lesser, Thich Nhat Hahn and many others. I read everything I could get my hands on.

And things got better. I got better. I started to like myself. I took back my power and I stopped caring what others thought about me (part of that was turning 40, then turning 50, at which point you really do stop giving a sh%& about what others think).

But something was still missing. I was happy. I really was. I just wasn’t…fulfilled.

And then, when a serious injury sidelined my (very amateur) endurance athletic career, my body and my mind began to quiet down.

And that’s when life started unfolding. On its own terms, not mine.

I wrote my first novel in 2010. That’s when I discovered my life’s purpose. And my life became filled with a zest for life that I never knew existed. But it wasn’t until a medical crisis struck in March of this year (on my 55th birthday) that I experienced a profound and permanent shift in how I view not only myself and my life but the world around me. Here are a few of the things I’ve come to realize: 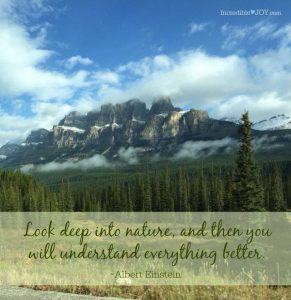 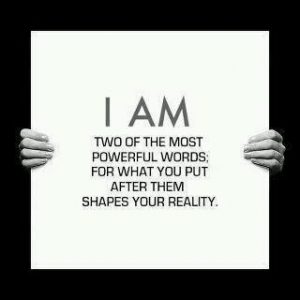 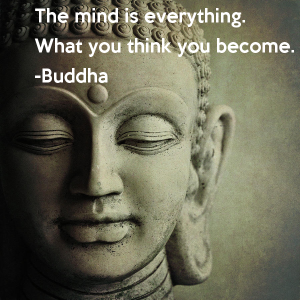 We all have our own, unique journey, and none of us is (or ever will be) perfect. Some of us are stuck at dead-ends (been there!), some of us have taken more forks in the road than others (*raises right hand*), but eventually, when we’ve suffered enough, we can find the way out. The path to freedom, a way to claim our joy.

2 comments on… “Be the Hero in Your Own Journey”