← The Gift of Fear: Returning to our Spiritual Roots

A Mere Coincidence? Me Thinks Not.

coincidence: a remarkable occurrence of events or circumstances
without apparent causal connection

A few months back, I was sitting in L&L Hawaiian BBQ singing the words to the song My Favorite Things (from the Sound of Music). The next thing I know, the song begins to play on the overhead speakers in the restaurant.

Coincidence? Maybe. But read on.

I’d been thinking about my dad all day (he passed away 10 years ago), and when I was a little girl he used to take my sisters and I to the theater to see The Sound of Music every year. Since then, the movie has become synonymous with my father.

Still think it was coincidence?

Not me. I believe that the song on the radio was his way of letting me know that he was with me. That he was thinking of me, too.

I believe that the occurrences of events in our lives are the result of fate, destiny and not coincidence. But sometimes I think it’s something more.

Last week I wrote THE END on a book I started almost a year ago. In it, one of my characters—call him Mac—was a fighter pilot in the Navy during World War 2. He did his basic training at Great Lakes Naval Station, located north of Chicago in Illinois. He then went on to Pensacola, Florida to do his flight training.

This summer, my niece Jessica, who lived in Southern California, announced that she was joining the Navy. Last week she graduated from Boot Camp at Great Lakes Naval Station. The following day she flew to Pensacola, Florida, where she is now stationed.

This got me thinking.

Believing that this was not a mere accident, I decided to Google the last name Crandell. I didn’t find much in terms of significance. Nothing spoke to me. Then I Googled the name Crandall. The first item that popped up was an obituary of a woman named June Crandall. She’d been 76. She lived her entire life in a small town outside of Detroit, Michigan called Battle Creek. And she was born on March 19th.

At the time, my book had 76 chapters. My mother grew up in Battle Creek, Michigan. And I was born on March 19th. And so the title of my book officially became The Many Lives of June Crandall.

But wait, there’s more. The heroine in the book is named Grace. And in the story, her mother becomes paralyzed after a tragic accident. In February of this year, my niece Jenny had a daughter whom she named Grace. And this summer, Jenny’s mother (my sister) became paralyzed. 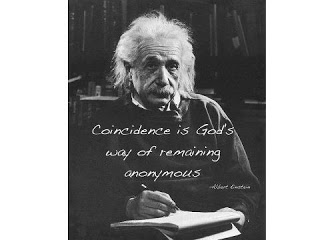 I’m not sure what this all means exactly, but it does seem that some force was at play, guiding me in my writing. Was it mere coincidence that I wrote about events that would one day become significant to me? Was it fate or destiny (personally I’d prefer to think that my sister’s paralysis was not fated)? Or something more? Intuition, maybe?

What do you think? Have you ever experienced something significant that cannot be explained by coincidence? I want to know! I love hearing from you. And to prove it, for every comment you leave, you’ll be entered into a drawing. At the end of the month, I will draw a lucky winner who will receive a $10 gift card (your choice, Amazon, Starbucks or iTunes). Winners will be announced in the first post of the following month.

8 comments on… “A Mere Coincidence? Me Thinks Not.”

← The Gift of Fear: Returning to our Spiritual Roots