Life From the Rearview Mirror →

The Incarnated Soul of Walter Mitty 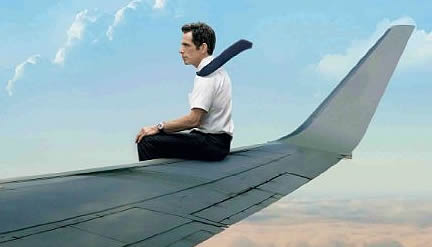 Walter Mitty is a fictional character in James Thurber’s short Story, The Secret Life of Walter Mitty. The story was first published in The New Yorker in March,1939. It was made into a movie, starring Danny Kaye, in 1947.

Walter is a weak, mild-mannered, socially awkward man who enjoys a vivid fantasy life. In his fantasies, Walter is the hero, rescuing the damsel in distress, conquering great feats and saving the day.

In the movie (which I cannot recommend highly enough), circumstances force Walter out of his element and into a real-life fantasy–complete with swashbuckling danger and excitement–where he ultimately becomes the hero in his everyday life. The adventures transform him and he becomes the man he always wanted to be.

When I was a kid, as I’d sit watching an episode of I Dream of Jeannie or Bewitched, I’d often zone out for entire episodes, imagining myself as the damsel in distress, being rescued by the swashbuckling hero. A single story often took weeks to play itself out.

What about you? Are you a Walter Mitty? Is there a part of you that would like to be more adventurous?

6 comments on… “The Incarnated Soul of Walter Mitty”

Life From the Rearview Mirror →